A downloadable game for Windows

Port Traventor is in danger! Plagued by orcs, barbarians, and dwarves that sabotage its economy, the country needs a true king to rise to the occasion! Would it be that you are such a king?

Your tasks would include:

Defending the Capital from the invading hordes

• Go into battle against orcs, dwarves, barbarians, undead, mermaids and renegade elves.
• Show the enemy your superiority and reach the highest battle rank S.
• Train Villagers to be Archers, Knights or Warriors.
• Build a Watchtower and get ready for the big war.
• Utilize various skills in varied turn-based combat.

Acquire, or find, various items and treasures that unlock new lands to explore

• Search the world for teachers who teach you various passive skills that will increase your loot in battle.
• Collect gold and purchase various items or weapons such as helmets, shields or armor from merchants to improve your stats and receive useful bonuses.
• Gain victory in 4 challenging Battle Towers and win awesome prizes.

Rebuild the economy and bolster the reputation of the kingdom

• Create many different buildings such as sawmills, quarries, ore mines and refineries to bolster your resource production.
• Train Villagers as workers and let them mine resources such as Lumber, Stone, Ore and Iron.
• Equip your workers with Sickles, Axes, Pickaxes and Hammers.

This game can be either played with Controller or Keyboard and supports two languages (German and English).
Total Playtime: ~5 hours.

In order to download this game you must purchase it at or above the minimum price of $7.99 USD. You will get access to the following files:

TwoFaceGames have an established knack for coming up with innovative ways to use the RPG Maker system.  Port Traventor's their biggest game yet, and it's a unique hybrid concept that's first and foremost an idling kingdom manager that also incorporates JRPG-style quests and combat.  It can get a little grindy but in a way that will seem normal to most JRPG fans.  There's no downtime - always something to do and some new upgrade to strive for.  Creative.

Yesterday, I made an Update to Port Traventor.

Namely, I've added 4 Battle Towers, where you fight tournament battles against increasingly stronger waves of enemies. Each tower has a total of 5 battles that must be completed in a row in order to win the special price. In any case, you can get a whole bunch of tools in each tower. However, even though this is considered optional content, those towers neatly enhance gameplay.

I also made a few more changes. Magic skills now have a smart new effect (darkened screen while casting spells) and some enemies in the late game have been adjusted in difficulty as well.

You're still into Port Traventor? Well, you'll like this Update! Have fun.

Hi and thanks for your comment. Glad you like the idea. As for resources, you can make things easier by finding several tutors and learn passive skills from them. This increases the number of tools you get from foes. For instance, visit Enrias River to find a tutor. Reading your comment, I decided to increase the bonus granted by passive skills from 30 % to 40 %. Might feel more rewarding now.:)

I'd like to announce that I've solved a minor issue with the desert caravan. Most time players tried to drop off from the caravan, they were dropped in a direction that they didn't prefer. This can't happen anymore from now on. :) Have fun with the updated version.

Started playing the game, looks really good and cannot wait to continue it =D shall drop the playlist down below, will be uploading another soon enough and looking forward to it!

Thanks again for let's playing one of my games, mate. Quite a smart start you had. I really am excited to see the next parts. :) 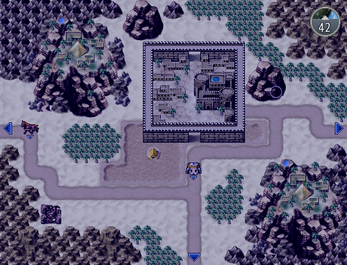 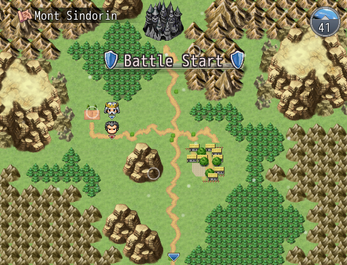 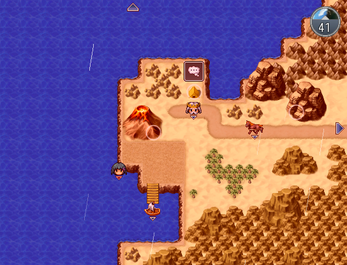 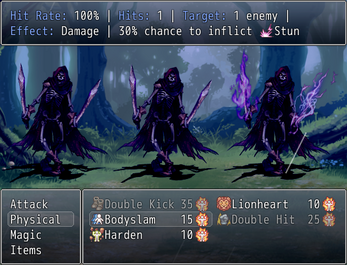 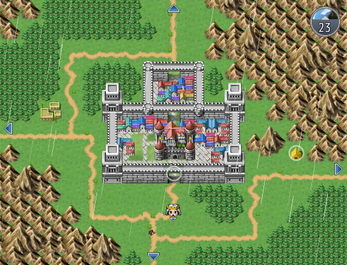